Home of the Coast Miwok

The earliest evidence of human life in the Laguna area dates back at least 10,000 years. The Coast Miwoks’ territory covered all of what we now call Marin County and southern Sonoma County. Although “Chief Cotati” is a 1960’s myth, the Coast Miwok settlement of Kota’ti, a few miles north of present day Cotati, gave the town its name. The area was highly populated and the people lived well. They gathered and stored acorns, which were a nutritious staple. They hunted animals and birds and caught fish, mussels and other seafood. They cultivated plants of all kinds for food, fiber, medicine, clothing and shelter. They made exquisitely beautiful baskets used for many purposes. The people had a rich culture based on their spiritual beliefs and close connection with nature and the cycles of the seasons.

The earliest written account of the Coast Miwok people dates from 1579 when Sir Francis Drake landed in Marin County, but it was not until 200 years later that the first Spanish settlers began to arrive. As many as 90% of the native people died due to their lack of immunity to diseases introduced by the Europeans. Many of the survivors were forced to work in the missions of San Rafael and Sonoma. In the 1830’s, General Vallejo’s Petaluma Rancho held 60,000 head of cattle, grown mainly for their hides which were exported to Mexico. The Rancho Cotate comprised 17,238 acres of land between Santa Rosa and the Petaluma Rancho, deeded to Juan Castenada in 1844.

In 1849 the land grant passed to Dr. Thomas Page. He kept cattle, sheep and horses. Development of the area in the 1850’s was fuelled by the Gold Rush, as forests were felled for lumber, and cattle, wheat, fruit and other supplies were farmed to support the growing population of the burgeoning city of San Francisco. Petaluma became a major manufacturing center shipping flour, shoes, beer, carriages, ships, butter and more down river to the San Francisco bay cities. The wealth of the redwood forests and the difficulty and expense of hauling lumber by mule and ox teams spurred the development of the railroad. In 1870 the railroad from Petaluma to Santa Rosa was completed; Page’s station was a wood-and-water stop along the way. It was in the same area as the Cotati station depot currently being developed.

Agricultural Cotati in the twentieth century

In 1872 Thomas Page died. In the 1890’s the land was subdivided and Dr. Page’s son Wilfred commissioned Thomas Smyth, a surveyor, to lay out the town site for Cotati. The unusual hexagonal design was unique enough to be given State Historical Landmark status in 1973. By 1911 the population of Cotati had risen to 1,000 and the town was surrounded with farms and orchards. From 1915 to 1955 Petaluma was known as the egg basket of the world, and the chicken farming extended for miles in all directions around Petaluma. After World War II the chicken industry began to die out, to be gradually replaced by dairy farming and hay production, later by apple orchards and increasingly by grapevines.

In 1929 Waldo Emerson Rohnert established a seed farm on the Cotati Rancho, growing carrots, onions, beets and sweet peas. He continued to try to minimize flooding and drain the fields. In 1954 the developer Paul Golis began to plan the new town of Rohnert Park. In 1961 Sonoma State University was added to the mix. By 2012 the population of Rohnert Park had grown to over 41,000; that of Cotati was over 7,000.

Throughout the years, much of the land surrounding the Laguna has been drained and ditched to make way for roads, the railroad, agriculture, and residential and commercial urban development. Outside the city limits of Cotati and Rohnert Park are fields that are still much the same as they were 50 years ago. Although land at and to the south of the headwaters area forms a de facto greenbelt or buffer zone, and many neighbors make use of the trails for walking, running, etc., there is no permanent protection for open space or agricultural lands.

The Laguna Headwaters area was developed for agricultural use. Oral histories from people who settled in the area in the 1950’s provide interesting details about life at that time. Residents spoke of salmon (probably these were steelhead trout) in the channel as far south as Willow Avenue, and cattails, tule and willow. Families supported themselves on small farms with cows, sheep, chickens and vegetable gardens. When housing was built in Rohnert Park, the creek near Willow Avenue was ditched into a culvert, and pipes took water underground to the current visible beginning of the main Laguna channel near Liman Way. 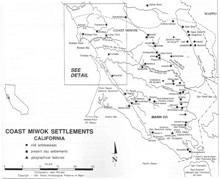 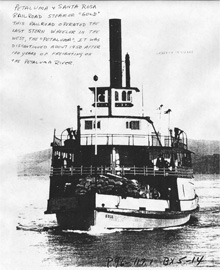 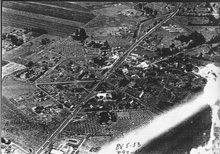